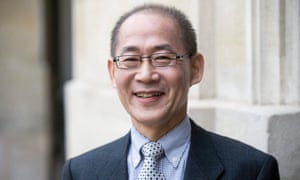 The head of the United Nations climate science panel has declared it is still possible to avoid a dangerous 2C increase in global warming – despite more than a dozen record hot years since 2000. But the costs could be “phenomenal”, he said.

In an interview with the Guardian, Hoesung Lee, the leader of the Intergovernmental Panel on Climate Change (IPCC), defied the bleak outlook of climate scientists who warn the world is hurtling to a 2C rise far faster than anticipated.

I hope he is right, I hope the power that be will do something but I don’t believe he’s correct (too optimistic as the IPCC has been historically) and I do not believe TPTB will do anything anytime soon enough.