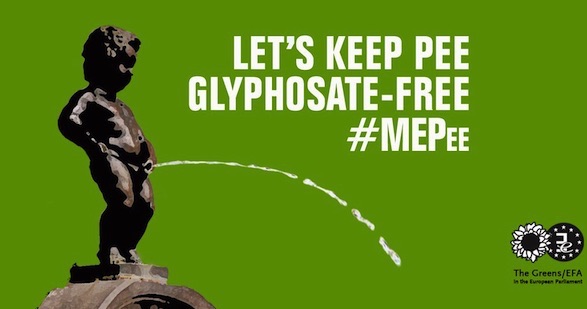 Last Last month, Members of the European Parliament (MEPs) volunteered to take a urine test to see if glyphosate—the cancer-linked weedkiller—is in their system. Forty-eight MEPs from 13 different European Union countries participated in the test, and now the results are in.

According to ELISA test results from the accredited Biocheck Laboratory in Germany: “All participants excreted glyphosate by urine.

Source: Results of Glyphosate Pee Test Are in ‘And It’s Not Good News’

The fact that no other party is recognized in the USA is oligarchic to it’s core.  The GREEN PARTY exists in the USA but is completely ignored. In fact last election cycle Jill Stein and her VP were arrested for protesting outside a debate event!!!!

And can’t you just hear them now with the excuses:  Well if it’s in everyone and we’re all okay then it must be okay.   Isn’t it so?

Except everyone is NOT alright and the USA is no where near the #1 position in Healthcare.   And neither is the soil, alright. IT’s dead.  Have you seen an industrial farm?  They have basically become chemical templates.  There is no life in them.  You’d be hard pressed to find a bug of any kind.  They spray this dead material so it will be “fertilized” then they plant seeds that are genetically modified so they can withstand tremendous amounts of chemical application but still survive. Then they thrash the stuff into production before it’s even ripe and ship it around the country gassing it to keep it fresh and ripening.  It sits awhile in the grocery.  Then it sits awhile in your refrigerator so by the time you eat it…. what do YOU think the nutritional value is?!

Oh and that whole process is HUGELY reliant on petrochemicals – from start to finish.

Join a CSA. Grow your own.  Back food groups that are watching YOUR back to make sure the food you eat as least has some trace nutrition.  Give your food activist a hug today!

And let’s get this toxin out of our pee.