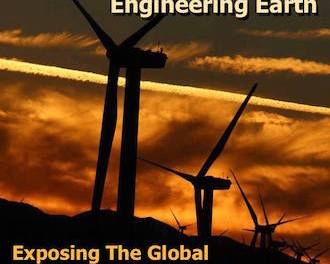 Governments around the world have long since fully deployed global climate engineering on a scale that cannot truly be comprehended. They decided (without public knowledge or consent) that they had the right to use the atmosphere of our planet to serve their own agendas which amount to nothing less than weather and biological warfare. On August 14th, 2015, there was a major event in Northern California that was organized for the purpose of exposing and halting the global climate engineering programs that are decimating our planet and the entire web of life. Numerous experts spoke out at this event including attorneys, former government scientists, a former defense industry technician, former military personnel, a prominent Northern California Neurologist, and a CEO for one of the largest environmental and engineering consulting firms in the world. Approximately 1000 people attended this event. The video below is the primary PowerPoint informational presentation given at the event, “Engineering Earth, Exposing The Global Climate Modification Assault”. This presentation was given by Dane Wigington, lead researcher for geoengineeringwatch.org. The emcee for this important event was John B. Wells, radio host for the highly acclaimed “Caravan to Midnight” show. John works tirelessly toward revealing the truth for the common good. His participation in the Northern California event was of immense benefit to the cause of exposing geoengineering.

My deepest appreciation to John, to all the speakers that participated and shared their knowledge, to each and every activist that contributed countless hours, and of course our gratitude to all those that attended the event. Individuals came from locations as far away as Valdez Alaska and St. Louis Missouri.

Why would geoengineering, a popular conspiracy theory, be on this site.

About this site: this is news, information, commentary for environmental activists to share and use for connecting dots to learn, teach, and act.

About conspiracy theories:  these are theories until they are fact.  This site offers opinions and options that may not be mainstream for very good reason.

There is enough research by Mr Wingington to warrant watching and if intrigued to pursue further.

One thing I disagree with Mr Wigington about is his comment about “the shock wave when people wake up”…  there will be no shock wave.  If there were going to be a shock wave it would have already happened… what better catalyst than Fukushima?  No – it won’t happen because we are all divided.  We all are fighting our own battle, our own passion about whatever it is each person cares about, and that divides us as we fight each other.  In addition to not being united in any way, we are also complacent, ignorant, and or dumbed down due to any number of factors.

We are the new lemmings.

Anyway you look at it – we have an anthropomorphic climate issue.