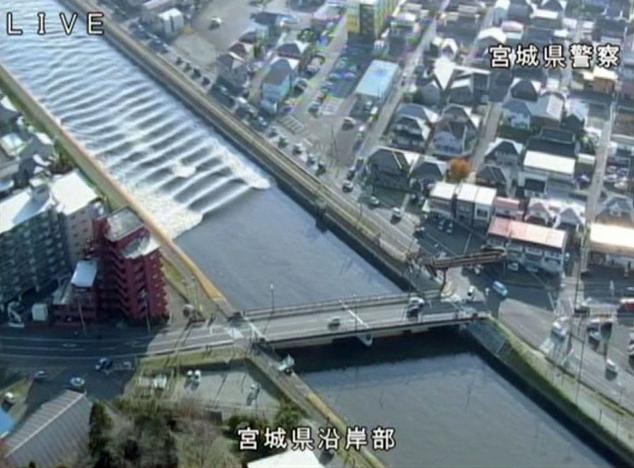 “We saw high waves but nothing that went over the tidal barriers,” a man in the city of Iwaki told NTV television network.Aerial footage showed tsunami waves flowing up rivers in some areas, and some fishing boats were overturned in the port of Higashi-Matsushima before the JMA lifted its warnings.

The U.S. Geological Survey measured Tuesday’s quake at magnitude 6.9, down from an initial 7.3.

The new normal… what will Fukushima do when they are hit again like they were in 2011?