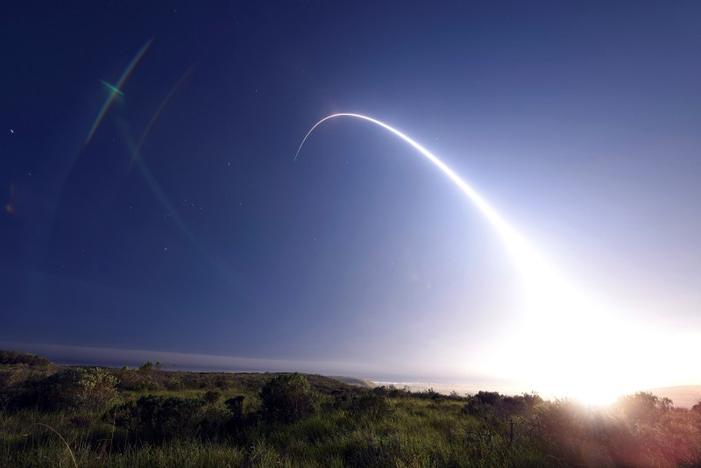 The unarmed Minuteman III missile roared out of a silo at Vandenberg Air Force Base in California late at night, raced across the sky at speeds of up to 15,000 mph (24,000 kph) and landed a half hour later in a target area 4,200 miles (6,500 km) away near Kwajalein Atoll in the Marshall Islands of the South Pacific.

Aside from the horrific possibilities of nuclear war, which the USA seems anxious to launch, there are the consequences of tests such as these.

Due to the isolated position of the islands, overall species richness in terrestrial systems is relatively low, while by contrast the marine systems surrounding the atolls support coral reefs with high species diversity.

But let’s shoot missiles over that way! yay!!

Added a new category: Nuclear War
It seems to get closer and closer.