Hurricane Harvey has brought “500-year” rainfall and flood conditions to the Houston area, according to officials at the Harris County Flood Control District.

By the time the storm finally leaves the Houston area the true magnitude may be even greater than that, surpassing 1,000-year thresholds — potentially even more.

But 500-year floods, as it turns out, happen more frequently than you might expect. The Houston area alone has seen no fewer than three such events in the past three years, according to local officials: Memorial Day floods in 2015 and 2016, followed by Hurricane Harvey’s torrential rains this year.

Climatologists say the mechanism by which this is happening is fairly straightforward. “Warmer air can contain more water vapor than cooler air,” according to the 2014 Climate Assessment produced by the U.S. government. “Global analyses show that the amount of water vapor in the atmosphere has in fact increased due to human-caused warming. This extra moisture is available to storm systems, resulting in heavier rainfalls.” 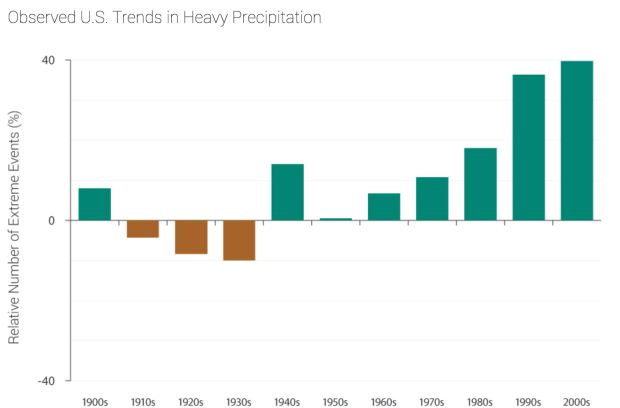