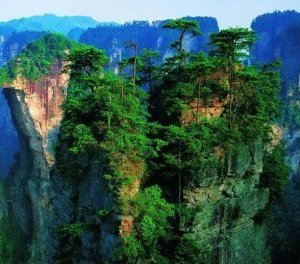 A decades-long fight over a landmark rule protecting wild forests nationwide took another successful–and possibly final–turn last week after a U.S. district court threw out a last-ditch attack by the state of Alaska against the Roadless Rule.

Adopted in the closing days of the Clinton administration, the Roadless Rule prohibits most logging and road construction in roadless areas of national forests. These lands, today equaling about 50 million acres or about the size of Nebraska, are some of the wildest places left in America.

Upon its passage, the rule was overwhelmingly popular with the American people, including those who like to hike, camp, fish and recreate among the trees in wild, unmarred areas. The Forest Service also liked the rule, since, at the time, the agency had a multibillion-dollar backlog on maintenance for more than 400,000 miles of existing roads, and it wasn’t eager to add even more to its workload.

Source: Battle to Protect 50 Million Forest Acres May Finally Be Won After 16 Years